We have spoken to hundreds of educators over the years who have decided to forego the mass-produced textbook in favor of curriculum they build themselves. Why do these educators go through this work? One common inspiration is that custom curricula allow for the telling of stories and creation of connections between people and cultures in ways that are often left out of the traditional narratives.

Jonathon Medeiros, high school Language Arts teacher and Upper Academy Lead, writes about how he inspired his students with a custom history lesson that helped them connect Hawaii’s past to the ongoing struggles with racism and inequality across America today.

I’d seen the picture before by then, dozens of times. Charlie Patton holding his guitar on his lap, staring into the camera.

My wife sometimes tells me that I see connections between things that do not actually exist. She may be right -- but I use these supposed connections to wonder about how one thing might have come from or away from the other. When I see a leaf that reminds me of another plant, I concoct a series of evolutionary steps that could have led from the sugar maples in New England to the unnamable shrub on my hike in the Pacific. When I hear open chords and melodies in a church in Coimbra, I discern the slack key guitars of Uncle Nathan or Ledward, thousands of miles and years apart.

Some of these connections do not actually exist outside my mind, and some do, but the curious work of thinking about how one thing might be connected to another is always fruitful. It helps me hone my critical mindedness – and I believe finding or even just imagining connections fosters empathy, a trait that we can practice, build, and become better at. If we spent more time imagining how we, or any disparate beings, are the same as each other, we can build our empathetic impulses and we can forge stronger communities. And don’t we need to find this kind of empathy right now?

This is what I want my students to practice in my classes. Not standards; curiosity.

So, I looked up, through the heavy air of the Mississippi Delta. I’m standing inside Dockery Farms and I am listening to someone talk about the musical history of the place and I am looking at that picture of Charlie Patton. The picture I’d seen so many times before. Suddenly I see a man playing the kīkā kila, the Hawaiian steel guitar, and I’m not listening anymore. Iʻm following the threads of how strings made it to Hawaiʻi and were bent to the voices and rhythms already there. How those new sounds somehow made their way back across the Pacific as a kingdom fell, and how those strains and strings found fertile ground here in the Delta.

I followed a simple wondering about the connection between Charlie Patton and Joseph Kekuku to a shared learning experience that is still growing.

My starting point for research here was a basic web search. The simple search (keywords: blues music Hawaiian guitar) led me to the basics (Joseph Kekuku, for one) but I also turned up some amazing resources, such as this article in The Wilson Quarterly, or this one from Smithsonian Magazine, and the related podcast episode “Aloha, Y’all” from Sidedoor. These pieces led me to reach out to an expert musicologist, John Troutman, who literally wrote the book on the history of the Hawaiian steel guitar. Along the way, my mind made other connections serendipitously, like when I heard “Akaka Falls'' in the soulful slides of “Spoonful Blues” and noticed that The White Stripes use the same sliding sounds, stolen from Son House stolen from the kīkā kila in “Death Letter.”

I dove into my simple search, relying heavily on Mr. Troutman, the Smithsonian collection, the podcast, and the various other scholarly articles. Joseph Kekuku and Charlie Patton were contemporaries, I learned, remarkably dying just two years apart. Mr. Kekuku was born almost 20 years before Mr. Patton and so spent many more years playing music, but it matters that these two men lived in and pushed their art forward through the same tumultuous moments of the late 19th and early 20th centuries. Mr. Patton lived his entire life after emancipation in a country still in the throes of reckoning with itself – with its past and the lies of a hopeful future, still trying to convince itself that Black Lives Matter. Mr. Kekuku lived his first 19 years as a Hawaiian in the Kingdom of Hawaiʻi and then watched it stolen, watched it crumble around him. Both men used the guitar to help navigate this world. But how did Joseph’s invention, the kīkā kila, the Hawaiian steel guitar, make its mark on Charlie?

Over the following months, I kept coming back to these two men, to the question of how they might be connected. To satisfy my own curiosity, I kept researching, reading about how Joseph Kekuku invented the steel guitar, and how he perfected the method of playing it on his lap, with a piece of metal lifted from a railroad track, his fingering hand over the neck instead of reaching under. This is the pose Charlie took in that picture, holding a knife blade in his hand on the strings, showing off, as a younger bluesman once said, that he could “play like a Hawaiian.” I learned about how Joseph was an inventor and an influential musician, playing all around Honolulu and then all around the world. His steel guitar, with its lilting, haunting sounds, became extremely popular and can still be heard today in country music but also in pop and rock and earlier in the singular blues that came out of the Mississippi Delta.

I learned that Joseph left Hawaiʻi in the aftermath of the Overthrow, perhaps feeling unmoored from his kingdom and his culture, and he began his travels around the world. Many young Hawaiian men hopped on ships during this time period and they would have found themselves in port towns, trading stories and music with whomever they found there. In the late 1800s and early 1900s, this most likely meant they spent time with the other nonwhite sailors, workers, and musicians. Another connection, looking back, is that both of these men may have been labeled as Black on the mainland, though of course Joseph is Hawaiian, and it has been accepted that Charlie is probably white, Black, and Cherokee. These fine distinctions did not matter then, as they often do not matter now. Not white means less than, and so these Hawaiian sailors, these bluesmen, these not-white people spent their time working in a white world, entertaining white audiences, but living and eating with a melting pot of peoples, trading stories, fables, legends, and mostly music.

I learned, along with my students, about the whispers of a Hawaiian diaspora faintly found up river from large shipping ports or more distinctly heard in popular music and culture of the 1910s and 1920s and in the steel guitar of today. And I began to think about how both of these men made their ways through racism and inequity and the tumult of a changing America, and suddenly my students and I are thinking about Frederick Douglass and James Baldwin as well as Puanani Burgess and Elmer Omar Pizo.

And I understood in this connection a way to make so much of our country’s struggles with race real for my students, who routinely say racism doesn’t exist in Hawaiʻi Nei. Now Joseph Kekuku became a path to make Frederick Douglass’s struggles real, to make Breonna Taylor’s murder matter, for example, to these children in the Pacific. By the end of our mini unit on the connections between the Hawaiian steel guitar and Mississippi Delta Blues, my students had written and performed their own personal blues poems that mined their blues, from the general drags of being a teenager all the way to the injustices suffered silently by our Filipino and Marshallese students daily. They became focused on and angry about how Hawaiian guitar players went uncredited and therefore unpaid for decades of work on popular American records and suddenly systemic racism was visible to them. In the end, they learned about how and why our stories matter. They showed their learning by using their voices to be the authors of their stories.

Curiosity is a powerful tool. If we are curious about the connections between seemingly unconnected events or people, we foster empathy for each other. And maybe with that empathy, we can see ourselves in each other. Maybe we understand each other and our world, and being understood feels like love, as one student put it.

What I want students to take away from my class are lessons that often can’t be surmised from traditional curriculum. History is filled with invisible connections, invisible stories that reflect their own lives and cultures. When students understand how their own stories fit in with the dominant narratives, maybe someday, we can find the connections between ourselves.

Copyright and Licensing in the Time of COVID-19

Copyright and Licensing in the Time of COVID-19

In March 2020 we were instructed to work from home due to concerns over the pandemic. The same scenario played out for many employees who could perform their jobs remotely across the U.S. and around the world. This was the case for K-12 teachers, administrative staff and students as well. 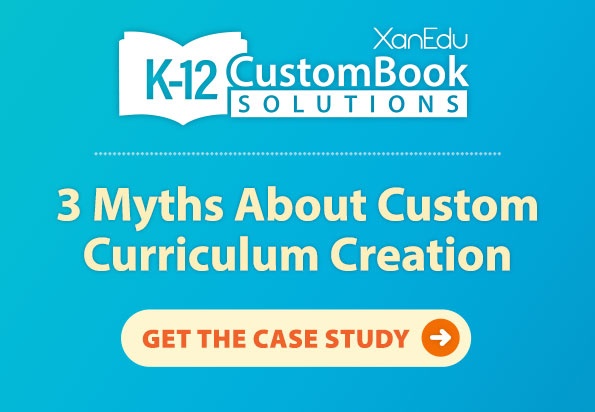 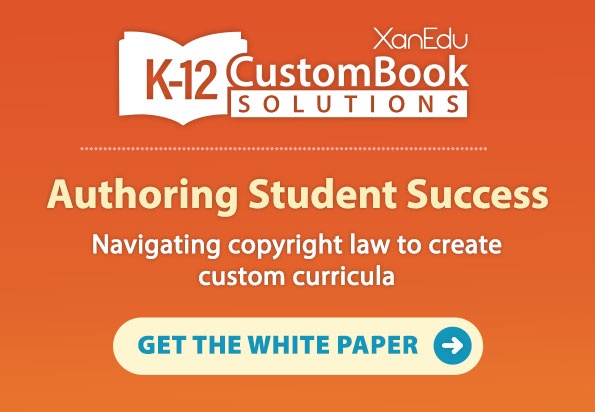